Hypsos has developed the so-called Stay Safe program for hospitals, offices and shops to be able to follow the strict dutch RIVM rules, due to COVID-19. One of the companies for which Hypsos applies the RIVM rules is the Meander Medical Center in Amersfoort.

Mid-April we started building a semi-permanent triage space in front of the hospital entrance. By working at night with a team of highly skilled carpenters, we were able to guarantee that the triage could be put into use the next day without any disruption. We have furnished this space ready-to-go, including walls, counters, protective screens, ramps for hospital beds and all signage both inside and outside the hospital.

In recent months, we have applied various products in this hospital: we have installed extra protective screens, installed cardboard partitions, placed partitions between waiting benches. In addition, a so-called “ambu location” is being realized, in which the semi-permanent tents are being replaced by a more permanent space.

Constantly thinking on the spot about an action plan, making a proposal, sketching out and then implementing the interior fit-out without causing any inconvenience, that is what we do for Meander.

What is a Triage?

To prevent further infection with the coronavirus, patients and visitors in this triage room are first checked and they have to answer a number of questions before they can enter the hospital.

With the Stay Safe approach of Hypsos, you make your organization Corona proof in a sustainable and responsible manner. In addition to the corona license app with an interactive e-learning module, we also offer branded certified mouth masks, plexi screens, signage and many more corona related products.

Interested in our Stay Safe working method, the corona license app, or the products with which you make your company safe for visitors and employees?

Hypsos devises and directs brand experiences that increase brand awareness of your brand and create experiences that will affect your target group, creating even more involvement between visitors and brand. The ultimate goal of this is to add value to the brand, product or service. At a business interior atmosphere, brand identity and functionality are important.

Call or send your stand designs to info@hypsos.museumstudio.com or click on the button below. 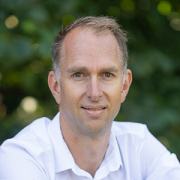 Maxi-Cosi and Quinny at Negenmaandenbeurs