Louvre Abu Dhabi: An Early Album of the World

The world’s earliest photographs are on display in the UAE. Louvre Abu Dhabi has opened an exhibition of some of the earliest known photographs. Taken outside a Western context: ‘Photographs: An Early Album of the World’.

More than 250 of the earliest photographs enlightening the past of the world. This including the Middle East, with images from Saudi Arabia and Egypt. As well as some of the oldest images taken in India, the Philippines and elsewhere.

The exhibition is a collaboration with the Musee du Quai Branly- Jacques Chirac and the works on show originate mainly this museums collection. Which includes some of the earliest photographs produced outside Europe. These will be complemented by several exceptional loans from the Bibliothèque Nationale de France, musée national des arts asiatiques – Guimet, Musée d’Orsay, la Société de Géographie and La Cité de la Céramique – Sèvres & Limoges.

HE Mohamed Khalifa Al Mubarak, Chairman of the Department of Culture and Tourism – Abu Dhabi. He said: “Photography is one of the most important tools that has contributed to documenting the history of the world. In order to showcase part of our inspiring human heritage, we present the exhibition Photographs 1842 – 1896: An Early Album of the World. The exhibition is yet another example of the richness of Abu Dhabi’s cultural scene. Which is a mix of the world’s cultures and arts, making Abu Dhabi a cultural destination for visitors from around the world. When visiting Louvre Abu Dhabi this summer, visitors will be able to travel to new places. And they will explore different regions of the world through the eyes of 19th Century European travellers in the museum’s first-ever photography exhibition.”

Hypsos in Dubai was responsible for the development of the design into a physical production of the exhibition.

Therefore we would like to meet! Call or send a e-mail to info@hypsos.ae or click on the button below. 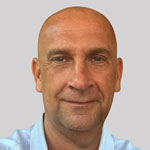 Difuzed at Gamescom
Scroll to top