End January the new bookshop of the Van Gogh museum in Amsterdam opened its doors. Claessens Erdmann turned this room into an experience, using inspiration from the famous painting ‘The Bedroom’ from Van Gogh.

Their idea of this room was to create the studio of Van Gogh, if he would be alive this day.

The space used for the bookshop, previously was a restoration studio and later a trail bookshop. But now it has been transformed to an experience room, by clever use of daylight and by modifying the entrance, so now it appears to be twice as large.
The soft opening of the Van Gogh bookstore was just before Christmas, and number of visitors had increased significantly since that time!

Hypsos produced and installed the interior elements of the bookshop. A number of remarkable furniture elements were made by Hypsos specialists. Like the 150 brushes hanging up-side down on the ceiling, dipped in the favourite colours of Vincent van Gogh. Or the pencils image, in which 5312 pencils were used to make a self-portrait of Vincent van Gogh. There is also a 3D wall that will attrack visitors to the bookshop. To give the shop a warm atmosphere, ash wood was applied in all interior elements. 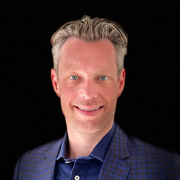