ABN AMRO uses the unique link link between knowledge, in the form of seminars, games and entertainment, and top-class tennis.

This year, the ABN AMRO World Tennis Tournament was held from 13 to 19 February in Ahoy Rotterdam. Part of this was the Game Wall, which shows visitors it isn’t that easy to be a tennis ball child. The Ball children are the heroes of the tournament. Who plays the game well, win great prizes, including VIP tickets for the final of the WTT. The Game Wall was previously build-up in the Hague, Central train station.

To promote the campaign ABN AMRO campaign & More, visitors could try the Virtual Reality game and win different prizes, if they could guess how often they were encountered while the word & More during a virtual ride in the roller coaster.

Hypsos produced both the Game Wall and the Virtual Reality room at the WTT and at various other locations in the Netherlands.

Our strength consists of creating and building exhibitions touring around the world.
We would be happy to tell you more about our experience and activities in this area and we are naturally very curious as to where Hypsos can provide this added value for your company. 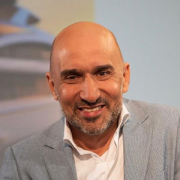