Stranded or sick seals are collected and cared for at A Seal in Stellendam, the Netherlands. Since the foundation in the summer of 2014, A Seal has already taken care of, cared for and released more than 80 sick seals.

In addition to the seal care center, there is also an interactive exhibition where visitors can go on a voyage of discovery to learn everything about saving humans and animals.

Hypsos has built and placed a number of separate exhibits for this section of the public to the ideas and designs of Twain Media. First of all a periscope, where visitors can choose a video to look around 360˚ inside. In addition, a boat in which visitors can sit to make a trip over the water, feeling the vibration of the engine, the waves and the wind through their hair. Finally, a nice piece of optical illusion. A 3-D painting, in which the protruding parts appear to be furthest away.

We would like to inform you more detailed about our cultural projects and of course we’re very curious where we can be of service to you. 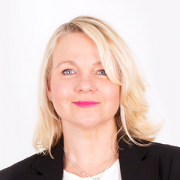